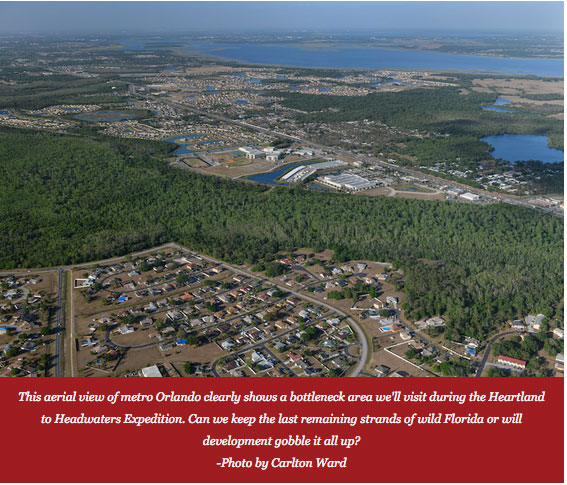 The Florida Wildlife Corridor expedition team has trekked through scrub, swamp and forest from one end of the state to the other. They have documented their journeys in film, books and photography exhibitions to demonstrate the urgent need for an unbroken spine of wilderness running the length of Florida.

Their third project was a two-week mini-expedition from April 15 – 22. The explorers highlighted an area of wilderness in Central Florida that is threatened on all sides by urban development and transportation infrastructure including Interstate-4. Follow the team’s reports as they made tough decisions in the field – such as whether to go under or across I-4!