In 2012, the Florida Wildlife Corridor Expedition trekked from the Florida Everglades to the Okefenokee Swamp in southern Georgia. The team — conservationist Mallory Lykes Dimmitt, wildlife photographer Carlton Ward, biologist Joe Guthrie, and filmmaker Elam Stoltzfus — covered  1000 miles in 100 days by hiking, biking and paddling their way through the Florida landscapes.

In early 2015, Dimmitt, Guthrie and Ward trekked from central Florida up through the panhandle during the Glades to Gulf Expedition. Learn more about their journey here. 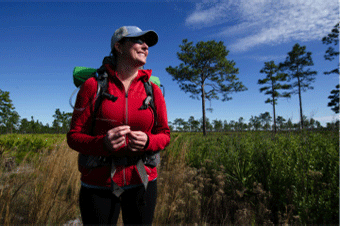 Mallory Lykes Dimmitt is a seventh generation Floridian whose childhood was partly spent exploring the lands and waters of central Florida. She pursued her passion for the outdoors by receiving her B.S. in Natural Resources from the University of the South in Sewanee, Tennessee. She was also awarded a Doris Duke Conservation Fellowship at Duke University’s Nicholas School of Environment where she earned a Master’s of Environmental Management.

Some of Mallory’s projects include protecting river corridors and large landscapes in Colorado with The Nature Conservancy, research in Sri Lanka for the International Water Management Institute and strategic planning and organizational development with Legacy Institute for Nature & Culture (LINC).

Carlton Ward Jr is a conservation photographer from Tampa, Florida. His passion for nature was born from the Florida landscape, where eight generations of family history have grounded his perspective.

Carlton is a founding fellow of the International League of Conservation Photographers (ILCP). He also founded the Legacy Institute for Nature & Culture (LINC), a non-profit organization with the purpose of celebrating and protecting Florida’s natural and cultural heritage through art. While completing a Master’s degree in Ecology, Carlton wrote “Conservation Photography”, the first thesis on the emerging field. His 2009 Book, Florida Cowboys, won a silver medal in the Florida Book Awards, and for that work Popular Photography Magazine featured him as one of three photographers working to save vanishing America.

VWL’s monitoring and research efforts are central to its mission to promote conservation through community engagement and education. As survey coordinator, Guthrie functions as a liaison between SCBI, citizen scientists, landowners, research collaborators and agency/NGO partners. Through VWL, Guthrie is pursuing new research projects on the ecology of Virginia’s native orchids and on the movement ecology of native carnivores.

Beginning with his master’s research, Guthrie has devoted his attention to understanding the role private, working farms and ranches play in protecting biodiversity across the Southeastern United States. He completed a thesis at the University of Kentucky based on his work GPS-tracking the Florida black bear across the ranchlands and swamp forests of South-Central Florida. Guthrie’s research has influenced the design and location of a series of wildlife underpasses on Florida highways, in an effort to improve road safety and to facilitate large-animal movement and ecological connectivity.

The black bear conservation work completed by Guthrie and colleagues inspired a series of documentary films based on their efforts to promote conservation to restore and protect a 16-million-acre ecological corridor in Florida. The most recent of these films, “The Last Green Thread,” was selected to be featured at the Mountainfilm Festival in Telluride, Colorado and the 2019 D.C. Environmental Film Festival.

Guthrie is a native of Henry County, Kentucky, and resides in Washington, Virginia. 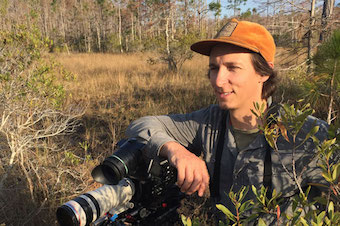 Danny Schmidt is an award-winning director, producer, and cinematographer of non-fiction television, documentaries, and content for the web.  He has produced, directed, and photographed documentary films for clients including PBS, National Geographic, Netflix, Smithsonian, NASA, the National Science Foundation, and many others. He won an NW Emmy award for cinematography for his DP work on the PBS film Indian Relay and another for best topical documentary for Finding Traction on Netflix.  He received his MFA in Science and Natural History Filmmaking in 2012 from Montana State University and his BS in Earth Science from the University of Utah.  Danny led the film team in 2018 on the Heartlands-to-Headwaters expedition and co-directed The Last Green Thread.  He runs a boutique production company based in Salt Lake City focused on science and conservation stories.

ERIC BENDICK is an Emmy-winning Storyteller, Director and Producer for Montana-based GRIZZLY CREEK FILMS. His work is motivated by an exploration of connectivity, conflict, intersection, and balance among the human and natural world. He’s led film expeditions to the Florida Everglades, the Grand Canyon, the Great Bear Rainforest, the Alaska Range, and to the farthest point from any road in Yellowstone National Park. Credits include broadcast specials and series for National Geographic, Smithsonian, PBS, History Channel, Animal Planet, Microsoft, ABC, and the U.S. Department of Defense. Eric began his experiments in filmmaking at Brown University before defecting to the Northern Rockies to learn the dark arts of Natural History filmmaking. His accolades include a Webby Award, a Wildscreen Panda Award and theBest Broadcast Feature Award from the International Wildlife Film Festival. 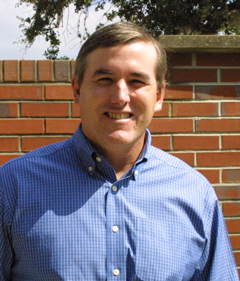 Tom Hoctor is director of the University of Florida Center for Landscape Conservation Planning. Tom has worked on the identification, prioritization, updates, and implementation of the Florida Ecological Greenways Network since 1995. The Florida Ecological Greenways Network is now Florida’s adopted plan for achieving a statewide network of conservation lands, and the Florida Wildlife Corridor is based on the highest priorities in the FEGN. read more about the history >>> 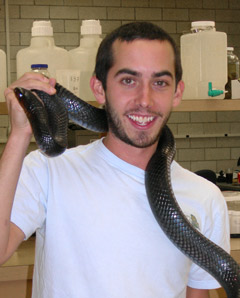 Zach Forsburg is a herpetologist and conservationist who moved to south Florida after graduate school. Originally from central Pennsylvania, he earned his B.S. and M.S. in Biology from Shippensburg University of Pennsylvania. Zach worked at Archbold Biological Station before becoming part of the Florida Wildlife Corridor (FWCE) Team in October of 2013.

He has studied the habitat use and movements of Oak Toads in the Florida Scrub, used radio telemetry to study the habitat use and movements of Gopher Tortoises on the Avon Park Air Force Range, and also used radio telemetry to track federally threatened Eastern Indigo Snakes throughout Highlands County, Florida. His focus is on the conservation of the herpetefauna of the Southeastern United States.

It was while working at Archbold Biological Station in 2009 that Zach was first introduced to Joe Guthrie and Carlton Ward of the FWCE Team. On the 2012 Expedition, Zach spent a day in field with the Team, recording the location of indigo snakes. This section of the Expedition is documented in the Florida Wildlife Corridor Expedition Film, produced by Elam Stoltzfus.

For the past 25 years, Elam has documented diverse aspects of Florida’s natural resources, which include estuaries, rivers, swamps and aquatic preserves.  Elam is a graduate from Florida State University located in Tallahassee, Florida with a Bachelor’s of Science in Communications and Media. Elam has received a special recognition from Governor Scott and the Cabinet with a resolution presentation for the Florida Wildlife Corridor Expedition campaign.