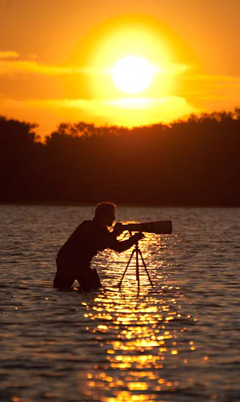 The Legacy Institute for Nature and Culture fostered like-minded work through the ArtsLINC program to reach a broader audience and inspire conservation action. We now bring this program to the Florida Wildlife Corridor, where it can extend its reach.

For select projects of conservation artists and communicators, the Florida Wildlife Corridor will serve as a Fiscal Agent by extending its non-profit status. This program is designed to assist people who have a project in mind and can benefit from our non-profit status to fundraise for their project.  As a 501(c)3 non-profit organization, we are eligible to receive tax-deductible contributions, and can serve as a pass-through agent for qualified projects in return for a five percent administration fee.

Journalistic integrity and scientific basis are the essential ingredients for success. As such, we encourage all conservation communications endeavors, whether associated with the Florida Wildlife Corridor or independent, to work in collaboration with one or more trusted conservation organizations and to always adhere to the principles of fair and balanced journalism.

In this way, the Florida Wildlife Corridor provides a fundraising structure and completes certain administrative tasks. Along with the fiscal relationship, we also offer other services. Once under the umbrella of the Florida Wildlife Corridor’s community of artists and professional communicators, we provide mentorship, website and newsletter publicity, help with PR and marketing efforts, and more depending upon individual needs.

Through ArtsLINC, we empower artists and storytellers to educate audiences about the experience of a place in time, and to share their messages about community. Whether their method is the written word, photography, painting, drawing, or some other creative medium, the work helps the viewer to respond to the message at hand. Read about two of our current partners and how their work informs and engages. 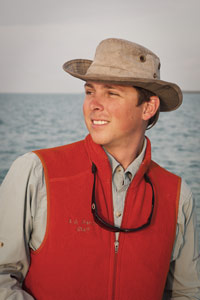 For the last four years he has tirelessly explored, researched, and documented the Everglades watershed from Lake Okeechobee to Florida Bay. Using award-winning photography as a tool to translate the science, culture, wildlife and vistas to the general public, Stone’s mission is to engage the masses with Everglades restoration efforts, and engender a sense of pride for South Florida’s heralded wetland.

“Throughout its history we have witnessed the tectonic shifts of public opinion towards the Everglades. After a century of abuse and neglect, what was once deemed a swampy wasteland is now a World Heritage Site and Wetland of International Importance. Still, for the majority of Americans the Everglades is an abstraction. This project aims to bring our nation’s most iconic watershed to the doorstep of the general public… The international spotlight is upon us in the Sunshine State; and though the Everglades lives in Florida, it belongs to everyone. It is America’s wetland.”

In the fall of 2014, University Press of Florida will release a 300-page coffee table book entitled Everglades: America’s Wetland. Collaborating with some of the top minds in Everglades conservation, this book will combine decades of experience to reveal the importance of maintaining support for the world’s greatest wetland restoration project.

With LINC as a Fiscal Agent, Stone sees this book acting as a springboard for the greater mission of communicating the importance of the Everglades watershed to a large audience. This book will be the first publication tailored for the public that unites the aesthetics, science, culture, and ecological importance of the greater Everglades. Through keynotes, an interactive website, and traveling exhibits, he will take the message of continuing Everglades support on the road.

At a time when Everglades restoration efforts are being reevaluated by the federal government and statewide agencies, Stone’s project will help remind policy makers and citizens what is at stake. 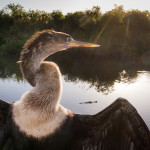 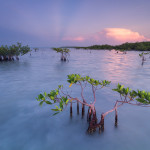 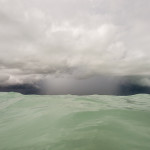 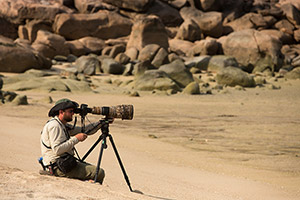 Drew Fulton is a former National Geographic Young Explorer who uses photography, video, and multimedia to promote science education and conservation. Over the past few years, he has worked in remote parts of the world including Papua New Guinea, Malaysian Borneo, Australia, and Costa Rica, and is excited to turn his focus back to his home state with his project Filming Florida.

Filming Florida is a combination of two stories. It is the tale of one of the most biologically diverse states in the country and its beautiful landscape. It is also the narrative of a photographer’s creative journey as he experiences and shares his filmmaking process.

“Filming Florida is much more than just a journey of physical exploration: It is also a deeply personal narrative of creative exploration and visual storytelling. Over the next three years, I will constantly push myself to find new ways to create images and tell natural history stories. I am determined to portray Florida in ways few people have ever seen before and look forward to sharing both my successes and challenges throughout my time in the field.”

From 2014-2017, Drew will travel his home state, exploring its intricacies with his cameras and sharing his journey on the web at www.FilmingFlorida.com. Followers can check out his extensive blog, which will chronicle his experiences in the field. His website will feature a behind-the-scenes web series “Behind-the-Lens”, which he will publish on a weekly basis. Additionally, in a series called “Nature Profiles”, Drew will release a three-minute natural history short about a species, place, or event from his journey every other week. The culmination of three years will be a one-hour film, a large format photographic book, and an exhibition with interactive multimedia.

With LINC’s fiscal sponsorship, Drew looks forward to rediscovering his home state, documenting the wonders of natural history through photography and filmmaking, sharing his journey and experiences, and promoting conservation of the state’s natural resources. To learn more and follow his journey, check out www.FilmingFlorida.com 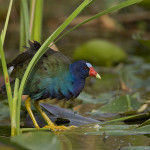 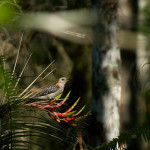 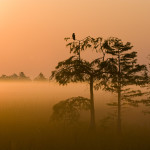