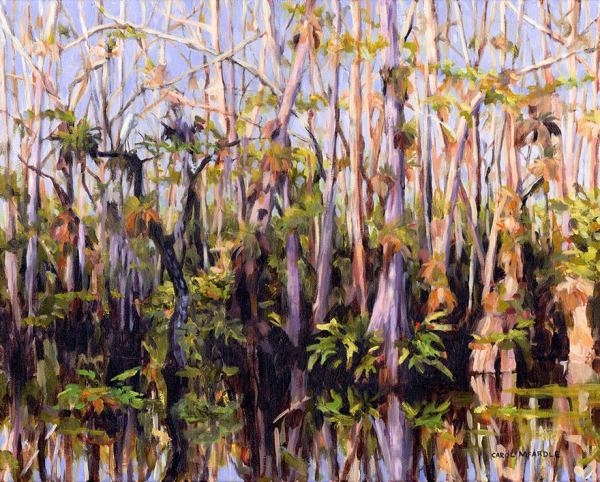 The Greater Everglades Conservation Atlas was a place-based art project that mapped locations in the Everglades through the artists who live and work there. In her painting, Magic and MysteryCarol McArdle captures the beauty visible to visitors on the Loop Road in the Big Cypress Preserve.

The Wildlife Corridor vision relies heavily on collaboration among the state’s citizens. Under the leadership of the Legacy Institute for Nature and Culture (LINC), artists and communicators have applied their talents to telling Florida’s stories to engage the public in preservation of landscapes critical to biodiversity and quality of life for all. Here we share some of the rich efforts of the past, and the emerging voices for Florida’s future. Please share these messages widely.

The Legacy Institute for Nature and Culture (LINC) Rebranded

The mission of the Legacy Institute for Nature and Culture (LINC) has been “inspiring Conservation of Nature & Culture through Art,” and from its inception, LINC addressed this goal through projects of high quality and great appeal.

LINC has engaged influential artists and communicators throughout the state to bring the beauty and importance of the lands within the proposed wildlife corridor to Florida’s citizens. In December 2012, in fact, the Florida Wildlife Corridor became a communications program of LINC.

A History of Conservation through Art

Many of the state’s remaining Florida Forever conservation priorities are necessary stepping-stones within the Florida Wildlife Corridor. In this regard, LINC has worked to increase the visibility of the Florida Wildlife Corridor since its first calendar project in 2007. In 2012, it took another step and fifteen photographers portrayed conservation opportunities that were not only Florida Forever priorities but also Critical Linkages or “Missing Links” within the Corridor.

The Everglades Art Atlas from 2011 also created visual interest in a key region of the Florida Wildlife Corridor by depicting important conservation “storypoints” throughout the Greater Everglades Region, from Lake Kissimmee in the headwaters to Cape Sable in Florida Bay.

And last but not least, the ArtsLINC program will still exist in the new organization, providing fiscal agency to selected artists who can utilize our non-profit status to fundraise for mission driven arts and communication projects. 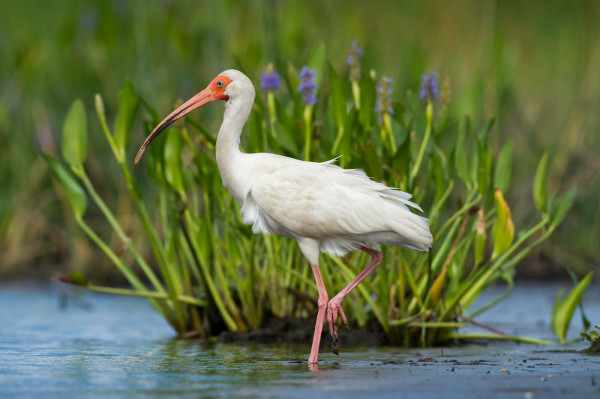 A white ibis, posed handsomely for Critical Linkages Photographer John Moran. He lays among the mud to capture the essence of this magnificent bird in the Volusia Conservation Corridor.

Built on a foundation of wildlife corridor work in Florida over two decades, the state’s Florida Ecological Greenways Network (FEGN) identifies priority tracts of land considered most important for providing habitat for wide-ranging species like the Florida panther and Florida black bear, and protecting intact landscapes that provide important ecosystem services. The highest priorities, named “Critical Linkages”, identify the best remaining opportunities to functionally connect all of Florida’s largest existing conservation lands in to one functional statewide ecological network. See how art helps bring these properties to life at the Missing Links page and Views from the Other Side of the Lens. 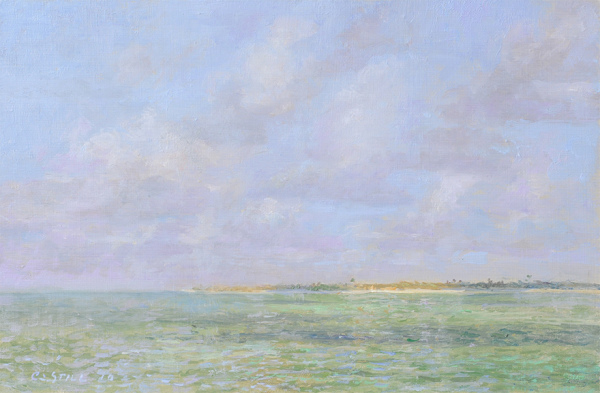 Cape Sable is the southern-most point of the continental United States, and its white sand beaches and dense mangrove strands are a part of Everglades National Park. Christopher Still captures its characteristic beauty for the Greater Everglades Conservation Atlas.

The Greater Everglades Conservation Atlas was a place-based art project that mapped locations in the Everglades through the artists who live and work there. By meeting and interviewing the artists and spending time with them in the field, the Atlas created a multimedia experience taking viewers to Big Cypress Swamp, the Lake Wales Ridge, Rookery Bay, and other scenic and ecologically important locations in the Greater Everglades watershed.