A View From the Other Side of the Lens: Paul Marcellini

October 15, 2012 · by Florida Wildlife Corridor · in The View from the Other Side of the Lens 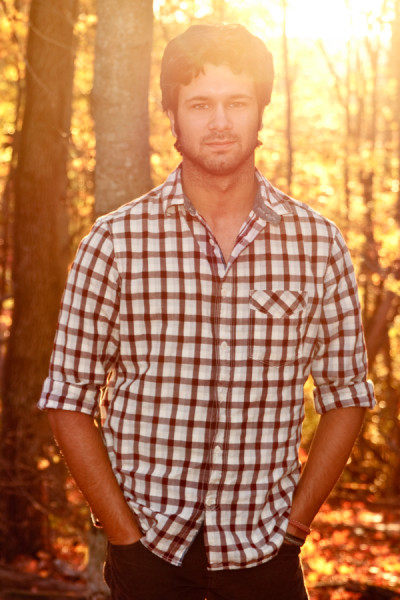 Originally a painter, Critical Linkages Photographer Paul Marcellini made his name with dramatic light. He captures vivid sunsets and great expansive skies, and knows the tricks to make the colors pop. With his painter’s eye, Paul explains that he pays a lot of attention to the composition of his photographs, and he likes “to keep to as natural a rendition of the scene as possible.”

Torn between a conservation focus and a fine art focus, Paul opened his business to full time photography in 2010. “It’s hard. I’m trying to make a living, so the fine art focus is the easier route. It’s hard to beat the satisfaction, as an artist, of just knowing that someone wants something you’ve created in their house. Then there’s the conservation naturalist side of me that wants my images to have an impact.” Paul meets the challenge and finds way to combine the two goals. “When I do art shows I only really hang my Florida work. It draws people in, and the first thing I can say is, ‘This is all Florida.’ Especially in Miami a lot of people don’t realize what’s within a two hour drive of them. They are looking at their backyard and they have no idea. They can’t believe it is Florida. We have an opportunity to show that Florida is still wild.”

“People need to get out into [the wilderness] and realize its not the scary, dark, gloomy place they think it is. There’s hidden beauty here. If you can’t drag them out into it, then an idealized shot is the next best thing.”

Paul grew up just outside of Miami, and moved back to the area to work for the Parks and Recreation Department in the Everglades, after graduating college with a degree in Environmental Science. During his time here he taught environmental education and led an occasional eco-tour, leading people who for the first time waded through the swamps and into cypress domes. He realized the impact a trip into Florida’s wilds can have.

In his nature photography, Paul keeps in mind that “there are two routes you can go with in conservation work. You can show the beauty and how idealized an area could be, to draw people in. You can also show the downside and destruction. I take the first route and just try to be an ambassador out on the street with art shows every weekend.” To take those pictures Paul continues to attempt to find what he calls, “unspoiled scenes,” areas that are not highly impacted by humans. 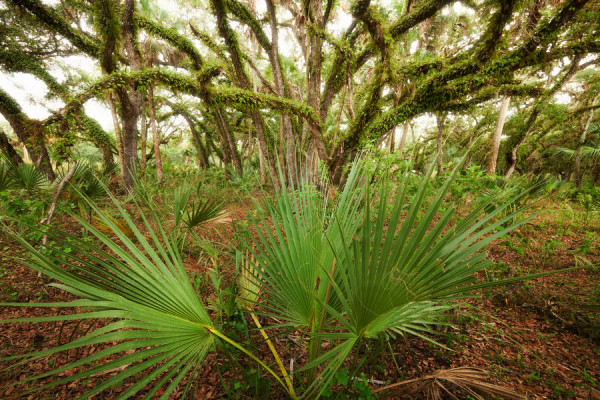 It’s not just the colors that pop in this photograph of palm in the Caloosahatchee Ecoscape. Critical Linkages Photographer Paul Marcellini uses contrast to emphasize the life in this picture.

The Caloosahatchee Ecoscape, Paul’s Critical Linkages assignment, is not exactly an “unspoiled scene.” Successfully purchased for the project two days after Paul’s visit, he describes it as being a tough shoot for him since it is mostly cattle ranching land. However, just as in everything, there are pockets of beauty. As he became familiar with the property, Paul recognized, “its amazing how much wildlife still uses the area. I found a lot of evidence of wildlife, from burrowing owls to snakes to deer, despite the cows being there. I could see how critical the area is as a corridor.” In the pockets of sabal palm and oak Paul used his camera to search out the “most wild and natural looking scene [he] could find.” What he found was that the beauty of the place lies largely in the animals who continue to use it, as well as the heritage attached to the “cracker cows and farmers.” 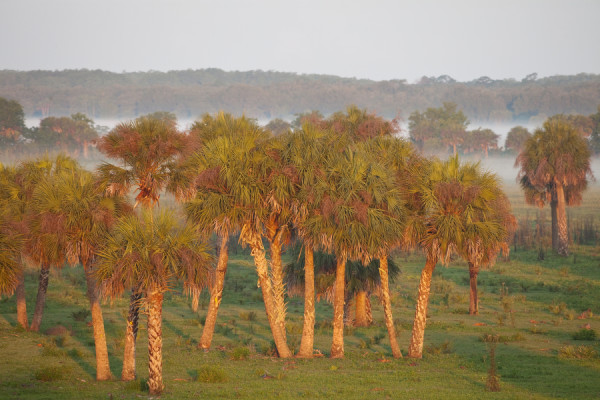 Critical Linkages Photographer Paul Marcellini captures this forest of sabal palm as it rises from a bed of fog in the Caloosahatchee Ecoscape.

In addition to Critical Linkages, Paul is continuously involved in a global photography project called “Meet Your Neighbors.” He joins other conservation oriented photographers to document small native flora and fauna in an outdoor studio. “It is the big, sexy animals that get most of our attention. They are important, but so are many other critters. It’s the little guys that provide so much biodiversity. It’s important to increase public awareness and show people that if there is a small piece of land, but no panther, it’s still worth protecting because of the little guys.”

“I hope people want to see the beauty I’ve shown them for themselves. Even if they don’t get out here, if some proposition comes up that they have to vote on, I hope that they at least have an image lingering in their head. They might think more about it, and say ‘That isn’t just a swamp, there’s beauty there, and maybe I haven’t gotten there yet, but want it to be around for me to see one day or my kids.’”

While he spends a lot of time composing photographs of the long-nosed toothpick grasshopper and the praying mantis, and capturing the light and landscape of the Florida Everglades he takes the time to enjoy their habitats as well. There are sometimes when Paul says, “I have to catch myself and remind myself that I’m here to enjoy the area too. Sometimes it’s just nice to sit there.” As an avid kayaker, Paul still enjoys the outdoors as he did during college. Just as he did then, he “likes the sharing aspect” and brings his camera so he can share his experiences, and those of the creatures who inhabit these areas.