A View From the Other Side of the Lens: Jeff Ripple

November 12, 2012 · by Florida Wildlife Corridor · in The View from the Other Side of the Lens

A native of Florida’s Fort Lauderdale, Critical Linkages Photographer Jeff Ripple grew up with an appreciation for Florida’s magnificent landscapes. Unfortunately, Jeff was not the biggest fan of Fort Lauderdale and once he completed his primary education and graduated high school, he “moved as far away as he knew and with still some family contact.”

Des Moines, Iowa suited Jeff for a while, but a couple years into school, he transferred to Southwest Missouri State University, and eventually to Florida Atlantic University. Back in Florida, he earned his Bachelor’s Degree in English. With “no idea what to do with a degree in English” Jeff got his first job out of college at a medical software company, writing technical manuals. However, he soon moved into natural history writing, where his career became successful as he published eight books to date, as well as writing for many magazines.

Jeff’s photography career originally began as a way to illustrate his natural history writing. Since then, he became a photography teacher at independent workshops, and most recently started exploring the medium of painting. As a photographer and a painter, Jeff’s principle focus is upon light: “I want to convey to others what this landscape conveys to me. Light can communicate that idea to a broader audience. In focusing on a landscape, you have to take what’s given to you.” He never uses a flash, and as a result, many of his pictures appear as paintings. 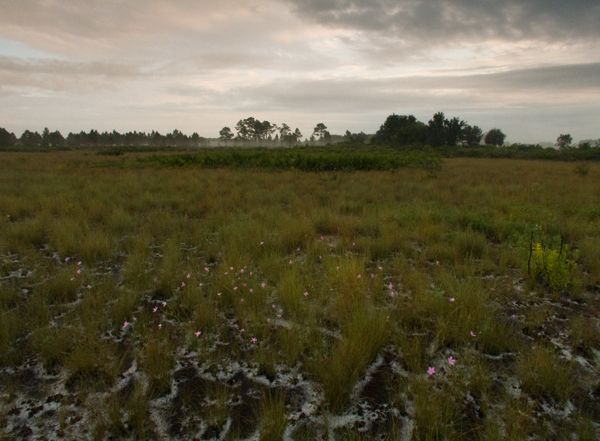 Although he’s dabbled in painting over the past four years, his conservation work relies primarily upon his photography. “There’s something about a photograph, particularly a landscape: despite Photoshop and digital wizardry there’s an element of truth. Most people can agree that what you photographed is truly there. For conservation, that’s really important; you want people to know that these places still exist despite increasing legislation to decrease wild spaces.”

Jeff makes his current home just outside Gainesville, a culture away from his previous home of Fort Lauderdale. Although he misses his proximity to the Everglades and Big Cypress, Gainesville offers Jeff the lifestyle he prefers. Florida is his home and he aims his conservation work at the people of Florida. 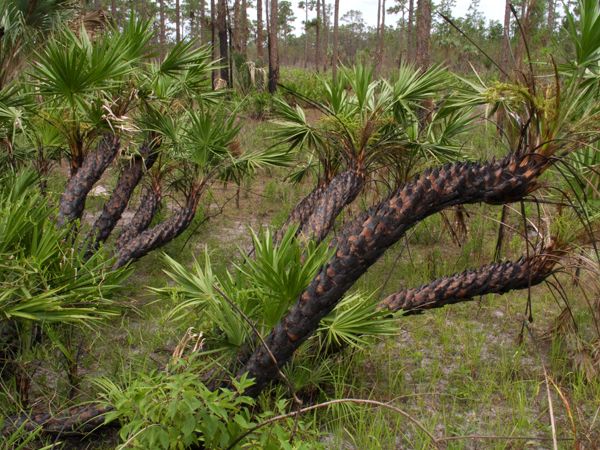 Critical Linkages Photographer Jeff Ripple uses his favorite tool, light, show us the texture of this photograph of the Pine Island Slough Ecosystem.

Florida, Jeff believes, received a breath of fresh air during the recession. When the housing market crashed, there were no people to build and fill developments. Jeff’s Critical Linkage area, the Pine Island Slough Ecosystem, is a perfect example of the recession as a conservation savior. The Pine Island Slough lies along a single ranch, and as Jeff explains, “that entire area was destined to become a city with airport and houses. It is a breathtaking place! To think that someone would think of putting a city there just breaks your heart.” Instead, the recession allowed the ranch to drive cattle and the citrus trees to grow.

“The ranch gets a lot of credit for the prairie. Prairie needs to be burned on regular basis and they have done so. It is spectacular dry prairie: lots of wild flowers, lots of native grasses, all healthy and very lush. There are rabbits everywhere, you can hear quail, and see turkey, and it looked like a panther could emerge any moment. It shows that it is truly cared for.”

Throughout his time at the Pine Island Slough, Jeff found that he was taken by the “sense of space” allowed by the vastness of the prairie, and the dramatic sky bringing in a storm. To demonstrate this sense, is the purpose behind Jeff’s work. “I try to give people images, ideas, and vignettes of Florida that they never knew existed. If you see commercials for Florida they are always of the beach, sunsets, and pelicans. I want people to think of the prairie in Florida and the fact that Florida is the second largest cattle producing state. That’s what photography does. It shows people a Florida they don’t’ expect and maybe makes them curious enough to look deeper because Florida is more than the beach.”

You can learn more about Jeff Ripple on his Facebook, and view his photography and his painting on each of the linked websites.