A View From the Other Side of the Lens: Daniel Ewert

November 25, 2012 · by Florida Wildlife Corridor · in The View from the Other Side of the Lens 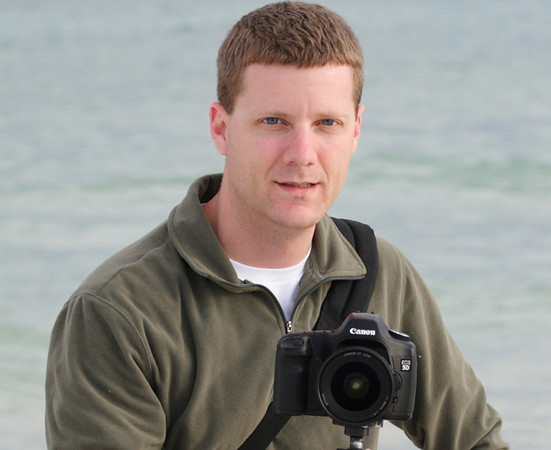 Ansel Adams once said: “A great photograph is one that fully expresses what one feels, in the deepest sense, about what is being photographed.” Critical Linkages Photographer Daniel Ewert makes his name in the world of photography using technique that accomplishes this goal. “ I’ve tried to specialize in capturing those special moments in a way that makes images more closely match what you would see with your eye.” Of course, “some things are impossible to capture with a camera, like the feel of a breeze,” but Daniel emphasizes lift and color to convey the emotional feeling of a landscape.

Daniel’s image of the Raiford Osceola Greenway, taken for the Critical Linkages project, provides us with a sense of calm. The soft light and color in this photograph reflect the peace before an incoming afternoon thunderstorm. While visiting the area, Daniel explains, “I was trying to find a scene that would represent the plant life and the forest atmosphere of the area, in addition to the waterways that exist there. I found a good place to get cheap marine supplies and so, got some boating essentials, which helped me increase my range.” Imitating the sense of a photograph is the goal of Daniel’s work, however the feelings received from each landscape cannot be pre-planned: “It’s hard to walk into a scene and pre-visualize the kinds of feelings that the viewer will get. Usually I will go to a wild place and I will wait for the right light to occur. I really let the conditions of light dictate the mood that is captured.”

Ironically, Daniel describes this area, seen so peacefully in his depiction, as wild and reminiscent of Old Florida’s large spans of land. Although the Raiford Osceola Greenway is a relatively small area of land, it is full of “lakes, ponds, and lush forest that appeared as though they would support a bounty of wildlife.” It is difficult to imagine this in comparison to how we see the area through Daniel’s image, but as he says, “Florida is a difficult place to shoot landscape images because there are so many elements; it is difficult to organize a photo to make elements line up because there are so many of them.” Creating a simplified composition, as Daniel does in his Critical Linkages assignment, is not easy. 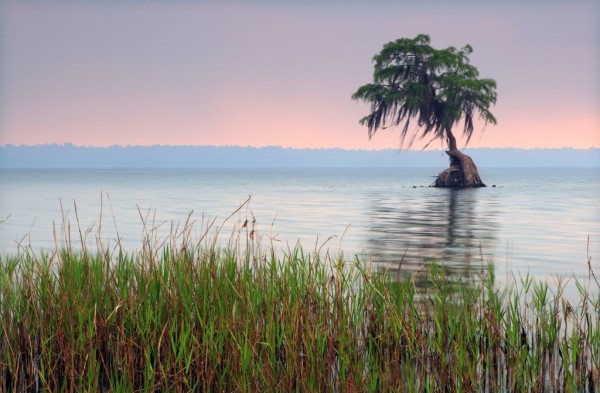 Soft light and color enhance our view over this lake along the Raiford Osceola Greenway, provided by Critical Linkages Photographer Daniel Ewert.

Florida’s diversity is both the reason that it’s so recently been developed and also why Daniel believes the state plays such an important role in the North American conservation movement. As a photographer who spends time in National and State Parks around the country, Daniel explains, “Florida has a unique landscape. Shooting here is different than shooting in the mountains of Washington, or the deserts of California and Utah. Florida is diverse. We have the Gulf of Mexico, with white sand beaches and emerald water, but we also have the Everglades and forests that are thick, green, lush, and teaming with rivers and streams. There are animals that live here who don’t have habitat elsewhere.”

“The thing I enjoy most is not taking the image, but when I’m out there shooting and exploring. It’s being able to observe and be part of Florida’s wild places. I love being out there.”

Conservation was always an important issue for Daniel. As a young boy growing up in Washington State, Daniel became familiar with the surrounding landscapes as a hiker, and at a young age became aware of the environmental issues facing his home. In 2008 Daniel received his first requests from conservation agencies asking to use his work to promote their projects. “The public strongly identifies with wild spaces through photography. It can be used as a crucial tool to remind people of the places we have left, and the experiences they’ve had in the wild.”

Like many of Florida’s other nature photographers, Daniel is a self-taught landscape photographer. He attributes his beginnings to the books Landscape Photography, by John Shaw, and Nature Photography, by Tim Fitzharris. Although photography was a long-time hobby for Daniel, he brought it to the professional level in 2005. As a Pensacola lawyer, Daniel “still in some ways considers photography a hobby because [he] gets so much enjoyment out of it.” He explains, “I wouldn’t necessarily want to call it a career, because that makes it sound like I have to do it.” A hiker and a kayaker, Daniel describes his favorite parts of photography: “The thing I enjoy most is not taking the image, but when I’m out there shooting and exploring. It’s being able to observe and be part of Florida’s wild places. I love being out there.”